Plant a tree in memory of Henry
An environmentally-friendly option 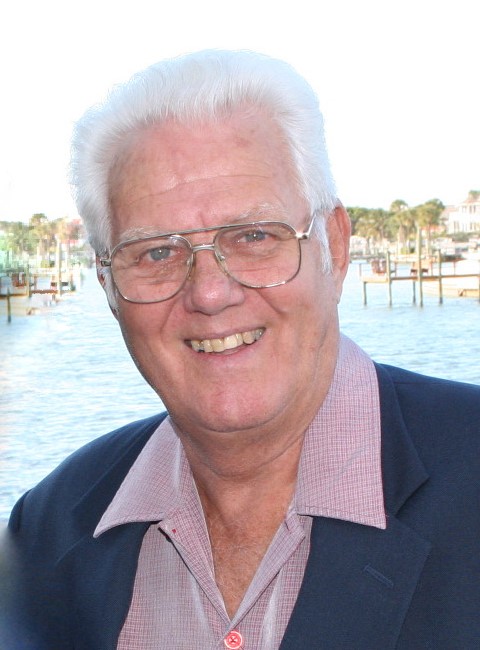 Henry “Hank” J. Fuce, III, was the beloved husband of Julia F. (Ramos) Fuce, who were married for 34 years.

Born and raised in Lowell and South Boston, Massachusetts, he was the son of the late Henry J. Fuce, Jr. and Lillian (Hines) Fuce.  Hank served 4 years in the U.S. Navy during the Korean Conflict aboard the U.S.S. Dennis J. Buckley destroyer.  After the Navy, he spent 37 years at Raytheon.  He worked on the Sidewinder, Sparrow, AMRAM, Hawk and Patriot missiles.  Hank retired at 58 and enjoyed life with his wife “Julie” traveling and at their Nottingham home of 18 years at Town Shores in Florida.

Hank occupied his time with carving, doing puzzles, building ship models and photographing memories.  He was happy with days of bocce, golf and fishing; especially fishing, as a boy who grew up around Boston Harbor.  He learned to cook at an early age from his Irish mother.  In his teens, he would go to Hampton Beach, NH to spend summers as a short order cook.  His cooking continued in the Navy where he had many galley duties.  Their way of food preparation and baking translated into being comfortable making large quantities of food.  When you have a passion; it is usually lifelong.  Hank continued sharing his cooking passion at Raytheon picnics, Town Shores events at Fort DeSoto, Nottingham functions, Gulfport Women’s Club fundraisers, as well as, sharing meals by distributing to Nottingham residents.  Throughout his life he brought family together through preparing wonderful meals especially on the holidays.

Hank is survived by his three children:  Cynthia Allard and her husband Gerald, Sandra Cassidy and Mark Fuce and Julia’s children:  Jon Slates and his wife Darlene, Stephanie Masterson and her husband Bernard and Scott Slates and his partner Nelson Pratts.  He is survived by eight grandchildren: Joshua, Adam and Abbey Cassidy, as well as, Jordan, Chelsea and Kurt Slates, and Cole and Ben Masterson; a brother Paul F. Fuce and his wife Jan and a sister Deborah (Fuce) Clark and her husband Mark.  Hank was the brother to the late Jean (Fuce) Malatesta who he loved and admired.  He was a good uncle to several nieces and nephews and spent a lot of time with his cousin Noreen (Fuce) Duddy.

A private burial at sea will take place at a future date.  The Family asks that donations honoring the life of “Hank” be made to either the Community Hospice House or Home Health and Hospice Care, 7 Executive Park Drive, Merrimack, NH 03054, Attention:  Development or online at www.hhhc.org.

Plant a tree in memory of Henry by clicking here.
To send flowers to Henry's family, please visit our floral store.

Plant a tree in memory of Henry
An environmentally-friendly option

Plant a tree in memory of Henry

2 trees planted in memory of Henry

There are 3 photos available in the gallery

A Memorial Tree was ordered in memory of Henry J. Fuce III.  Plant a Tree

Very sorry to learn of your dad Hank’s passing. Cherish your memories and recall them often. I hadn’t seen him in years but remember lots of good times at many gatherings.

A Memorial Tree was planted for Henry J. Fuce III

Plant a tree in memory of Henry